OPENING RECEPTION WITH THE ARTIST IN ATTENDANCE IS ON SATURDAY,
FEBRUARY 1st, 2020, FROM 2 TO 4 PM.

In this series of paintings, Valerie Raynard portrays a quieter moment in the life of the coastal industry of B.C., when the work of resource extraction and transportation has ended for the day, and the sun is setting. It is a calm, glowing moment when the machines are quiet, the water is glassy, and the lights of ships and terminals have been illuminated.
In the stillness of this moment, the visual interplay of engineered geometric structures with the living, ever-changing rhythms of the sea, the mountains and the sky creates a unique language of shapes and colours. The artist aims to capture the form of this ephemeral language through painting, so that something can be gleaned of its meaning. 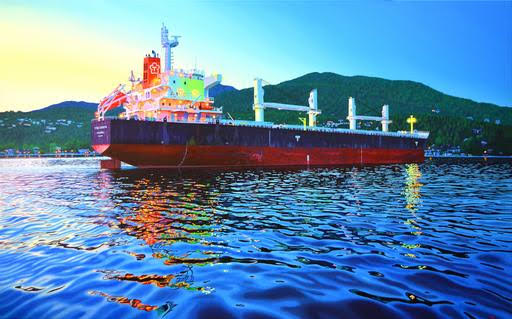 Opening Reception with our gallery artists in attendance is on Saturday,
March 7th, from 2 to 4 pm.

As we are continuing to strive above and beyond in showcasing Canadian art, Kurbatoff Gallery has been recognized by Corporate Vision and received Canadian Business Award of Best Commercial Art Gallery 2020, Vancouver. With this Group Exhibition we are celebrating this award which goes to all our outstanding gallery artists.

January 6 - 28, 2020
The best selection of new works. We are presenting an exciting mix of fine art, photography and sculpture by our gallery artists. 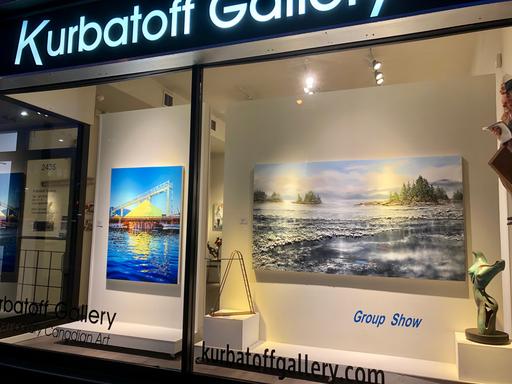 For the best time of the year - the best selection of new works. We are presenting a mix of fine art, photography and sculpture by our outstanding talented Canadian artists. Indulge yourself and your loved ones with a meaningful gift you will cherish for years to come. 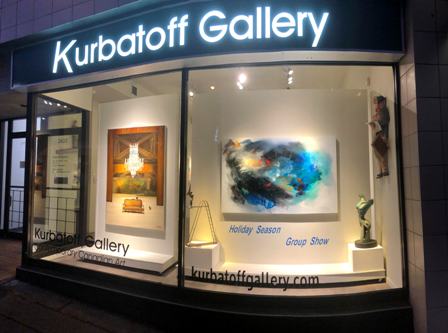 OPENING RECEPTION WITH THE ARTIST IN ATTENDANCE ~
SATURDAY, NOVEMBER 16th, FROM 2 TO 4 PM
Artist Talk: 2:30 pm

The title "Beauty is Enough" came from years of reflecting on why we do art at all. In a world of ever-widening fissures between people and the way we view the world, James has decided that painting for beauty's sake is justified and in fact, necessary. Beauty in people, beauty in the objects that they create, and beauty in the natural world around us is enough to inspire many lifetimes worth of artwork! It encourages us, it brings us hope, it helps us to cherish the good in and around us and leaves us with a smile on our faces. James' goal with these images is for you to view, enjoy, and indulge in them and when you leave, to feel better than when you came in. 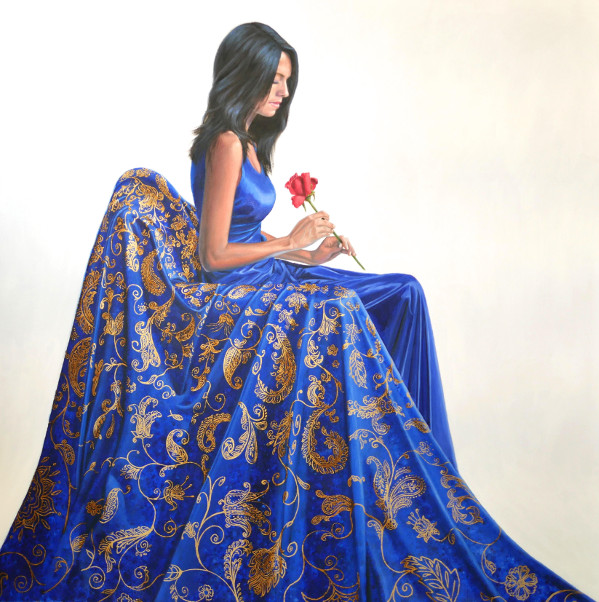 "I treat my canvas like a stage set, with simplified shapes and forms, deliberately placed to produce an artificial landscape. I try to convey the feeling we have when watching the curtain rise in a darkened theatre auditorium, when, for that brief moment, we suspend disbelief and allow ourselves to be transported into an alternative reality." 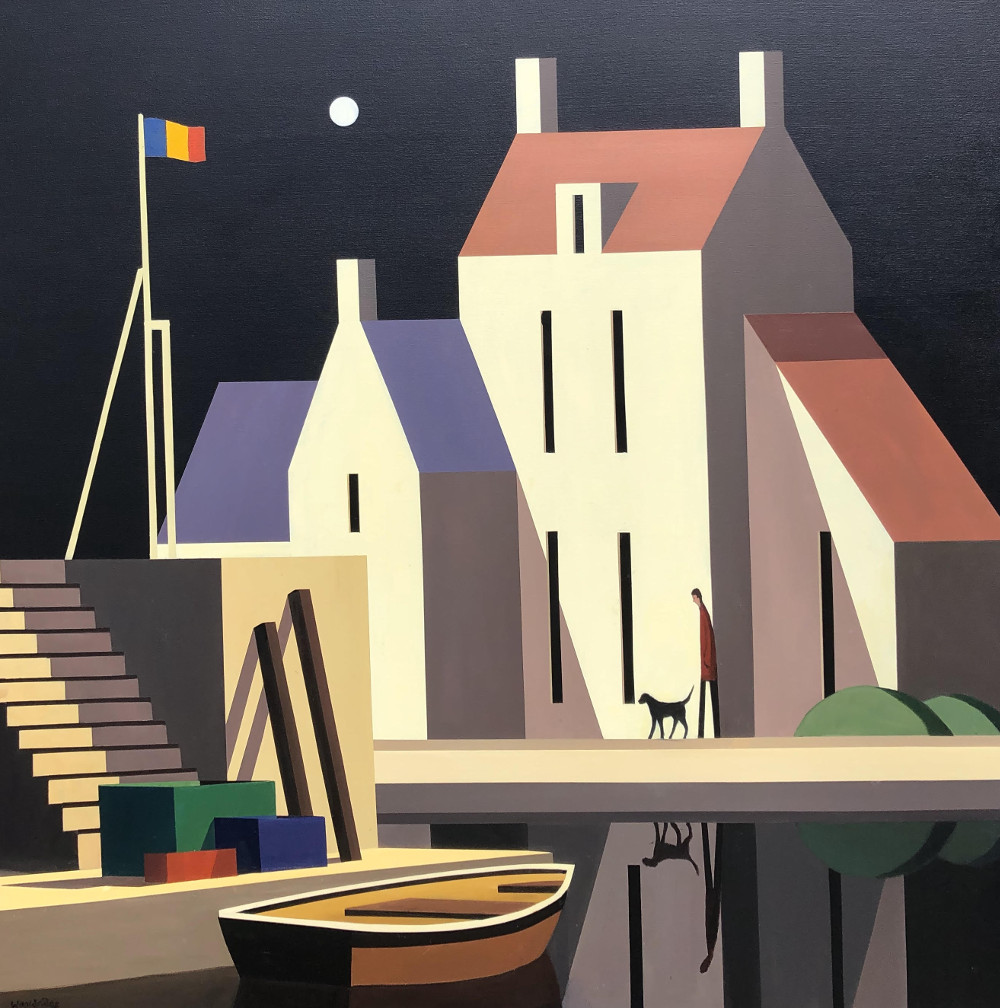 
Kurbatoff Gallery presents Group Exhibition of New Works by Gallery Artists. It is a thoroughly selected, exciting and energetic mix of paintings, sculpture and photography. The selection will include some new works to promote upcoming Solo Exhibitions by BC painters ANDY WOOLDRIDGE and JAMES WIENS, along with new paintings by Marie-France Boisvert, Jane Bronsch, Chris Charlebois, Valerie Raynard, Jeff Sylvester, Beatrix Syjuco, Marleen Vermeulen, as well as sculpture by Reinhard Skoracki, and more! Kurbatoff Gallery welcomes an established Canadian artist to its gallery roster, WILL RAFUSE. Some of his new works will be included in this group exhibition.
October 19th schedule:

11:30 to 1:30 pm - Meet our BC gallery artists
1:30 pm - Artist Talk. BC artist JAMES WIENS will talk about his upcoming Solo Exhibition at Kurbatoff Gallery.
2 pm to 4 pm - Reception. Meet some of our BC artists. 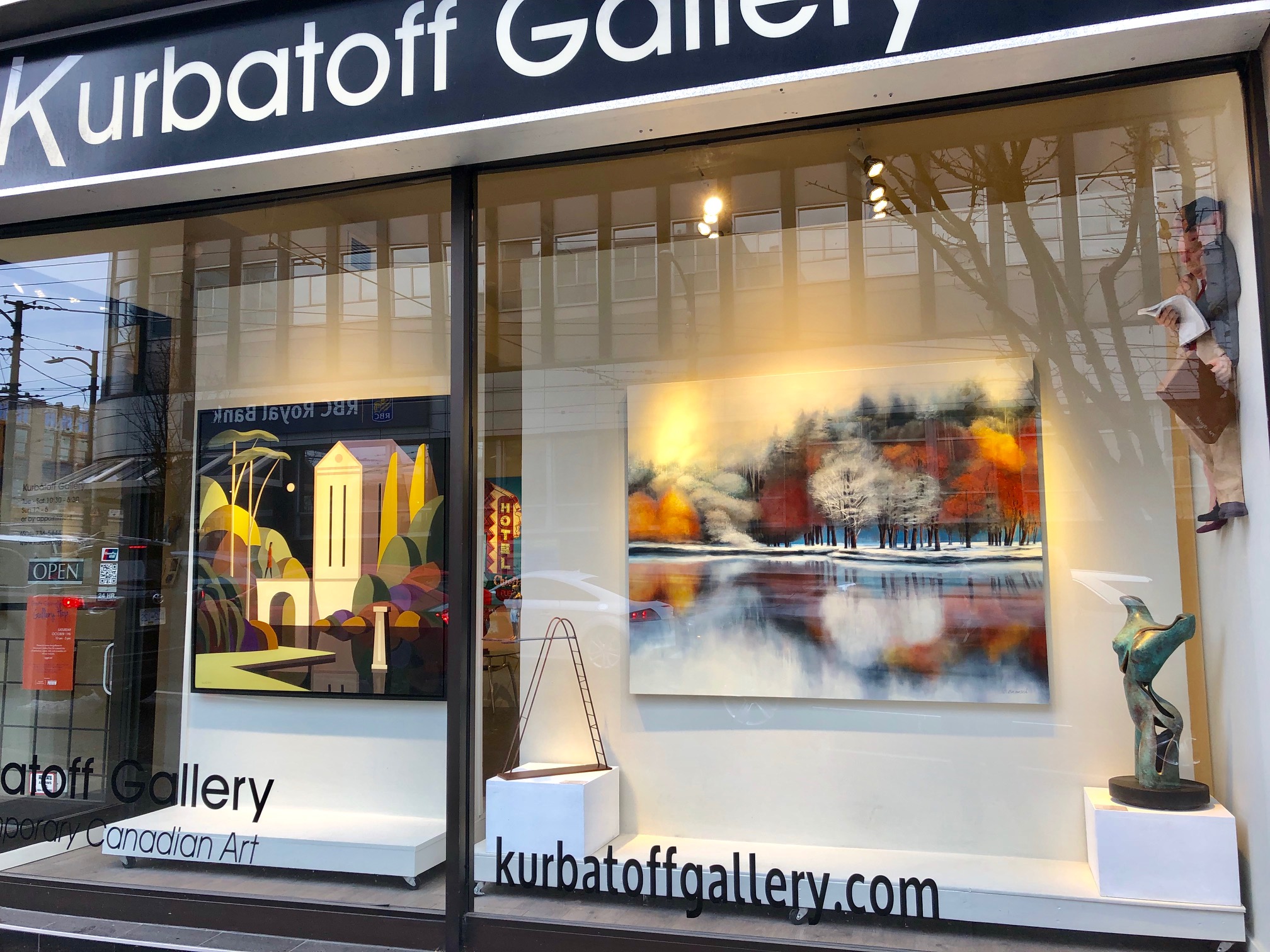 "Random" is a pictorial exhibition inviting the visitor to live an immersive experience on resilience. The theme stands out in a sometimes uncertain, indefinite and vague universe, but often suggests a gathering place. Like a poetry, the thematic framework reflects on the individual and his relationship to the world. These enigmatic spaces and places in which the characters evolve transcend a different reality, renewed in each of the works presented. Without seeking to create doubt or uncertainty, this corpus of works offers rather a reading on the acceptance and adaptation of man as individual entering in relation with different elements of its environment. 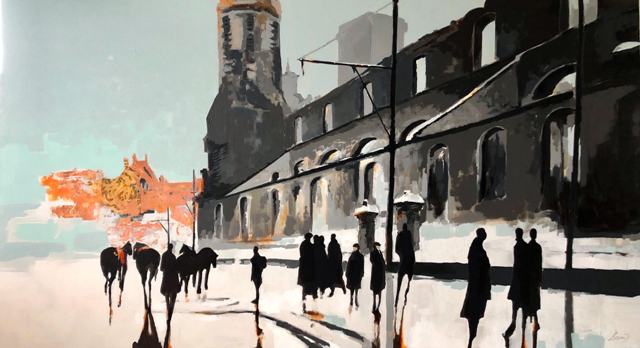 Opening Reception with the artist in attendance is on Saturday,
June 1st, from 2 to 4 pm.
Artist Talk: 2:30 pm. 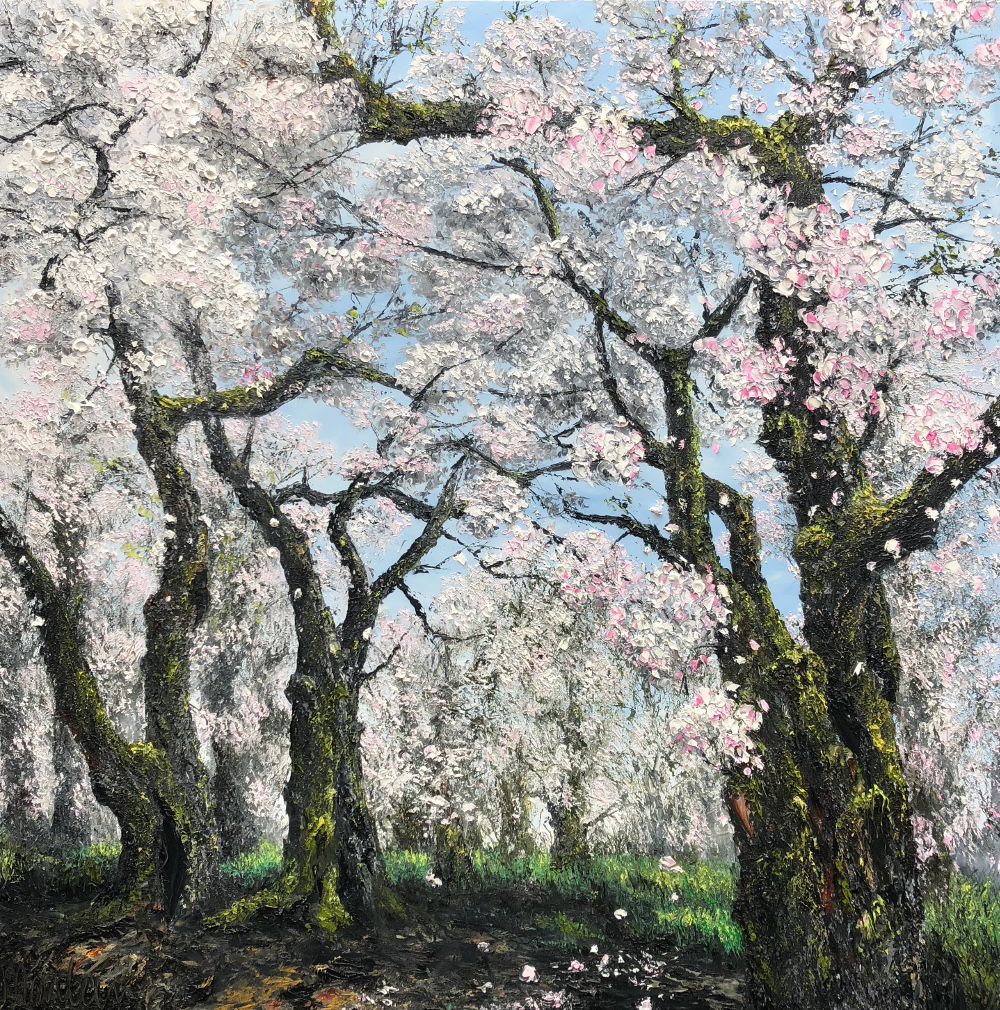 Opening Reception with the artists in attendance is on Saturday,
April 6, from 2 to 4 pm
Artists Talk: 2:30 pm

"Elemental Aura" brings together two photographic artists whose work connects strongly to land and place.
David Ellingsen’s photographs speak to the relationship between humans and the natural world. A restless artist, Ellingsen maintains a varied practice of which intersections form the foundation – intersections of observer and participant, documentary photography and contemporary art, archivist and surrealist. His work lives within the sphere of advocacy and activism, supporting photography’s dominant role in these areas. The large-scale works in this exhibition are selected from several of his projects.

Dolf Vermeulen’s images reveal close observation of the landscape and his practice is rooted in kinship with these environments. His process focuses on translation of these elemental, natural spaces into prints that radiate a deep connection between mankind and the earth. Vermeulen’s exhilarating vistas recall this connection at a most crucial time and endeavour to inspire viewers to slow down, protect our wilderness, and look forward to the unknown. 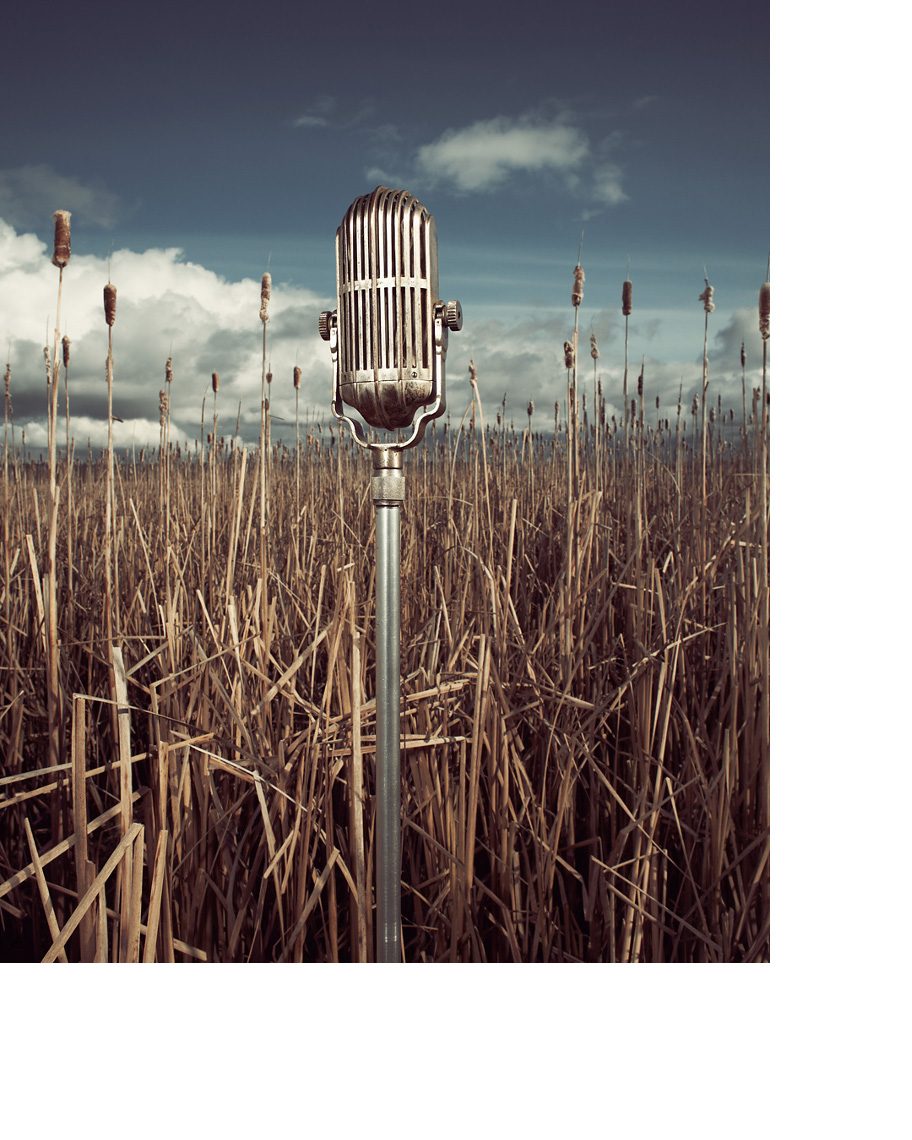 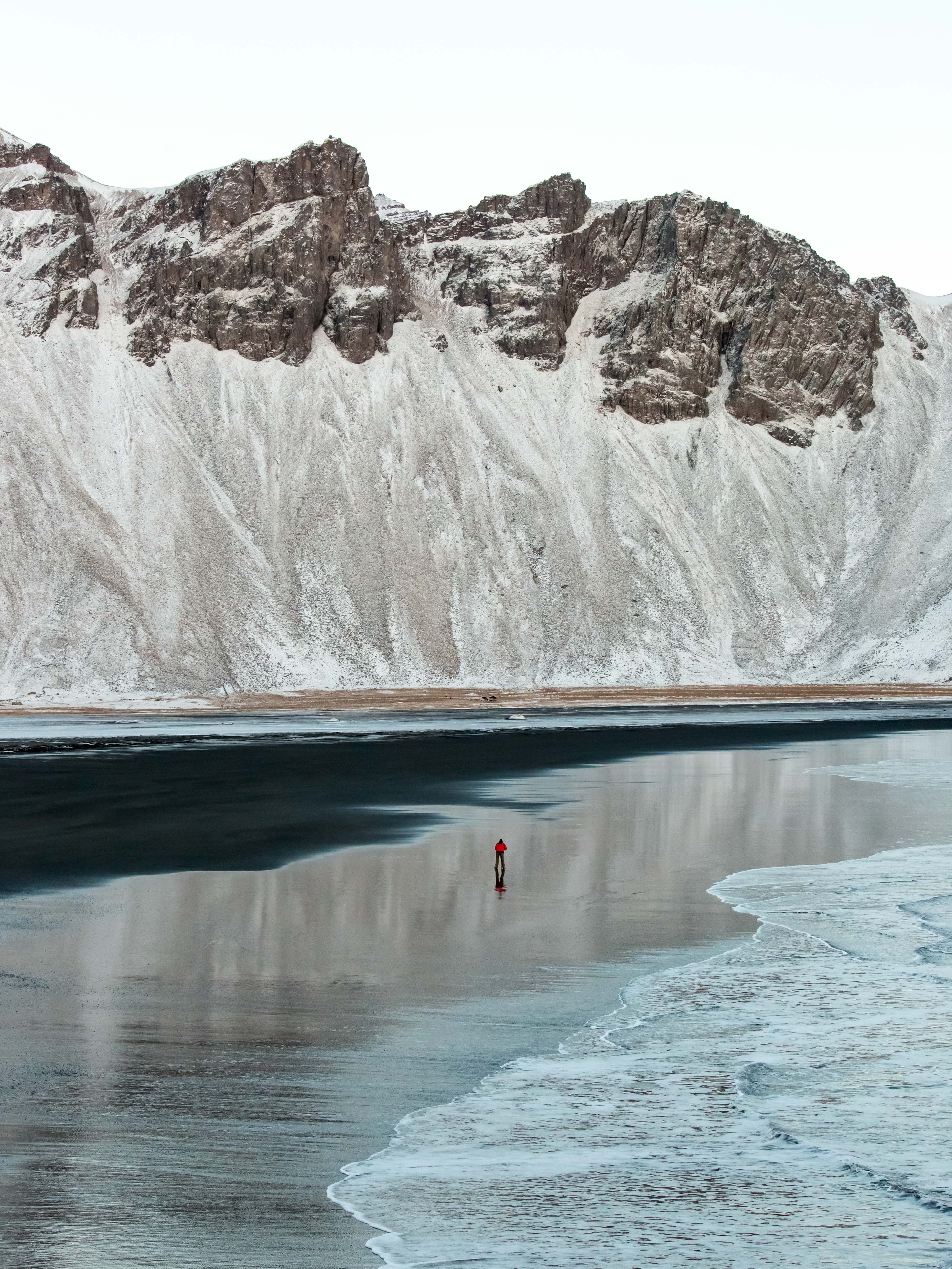 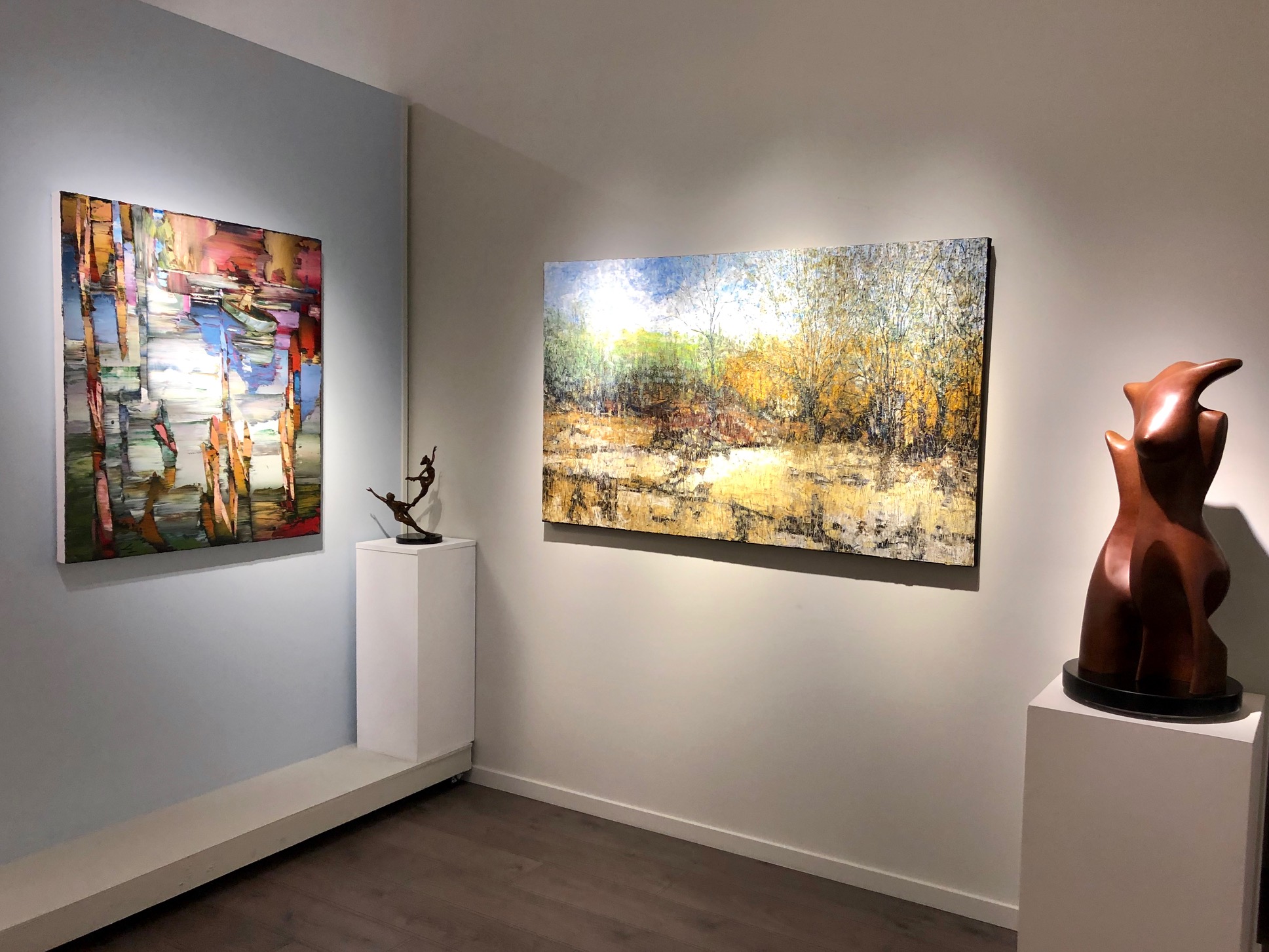 "Life is More Glorious Than Photographs"

OPENING RECEPTION WITH THE ARTIST IN ATTENDANCE IS ON SATURDAY, FEBRUARY 2nd, FROM 2 TO 4 PM

"Life is More Glorious than Photographs" addresses the notion that photography is the most “true” representation of three-dimensional space in two dimensions. In this series of paintings, Valerie Raynard continues to explore scenes of her beloved West Coast, using photography to inform the work while seeking to enrich the visual experience with dimensions of memory and emotion far beyond what a photographic lens can achieve. Using broader perspectives, strong foregrounds, and powerful colours, the paintings create intense, immersive encounters with these familiar landscapes.
The title of the exhibition comes from the artist David Hockney, who has said that photographs homogenize space and thus discourage "active looking". 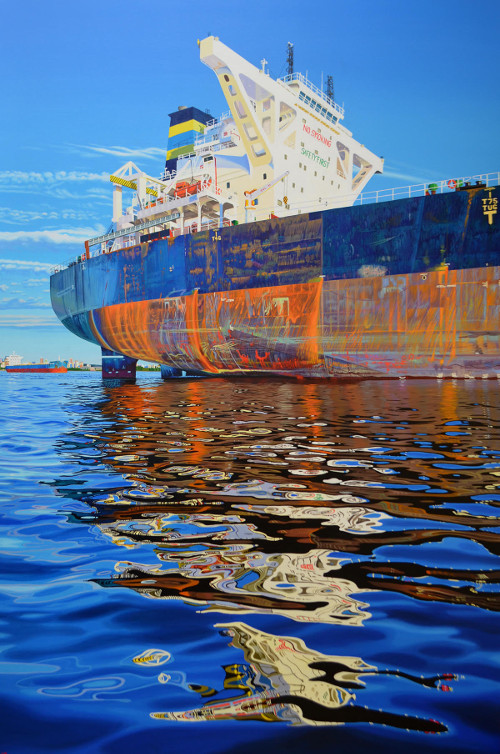 OPENING RECEPTION WITH SOME OF OUR ARTISTS IN ATTENDANCE IS ON SATURDAY, DECEMBER 15th, FROM 2 TO 4 PM. 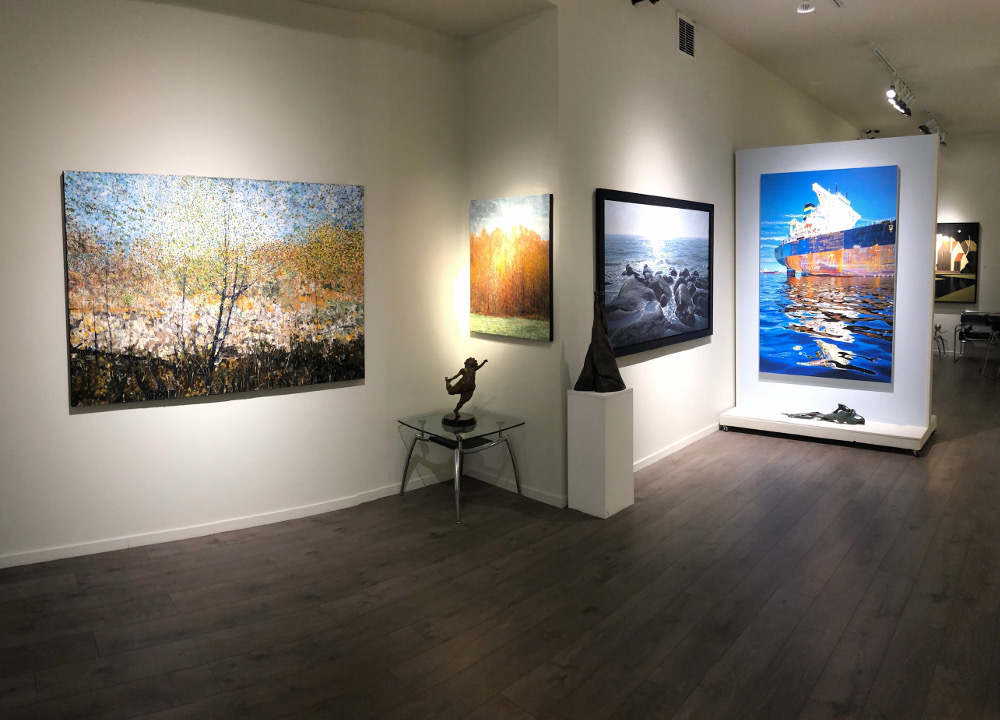 OPENING RECEPTION WITH THE ARTIST IN ATTENDANCE IS ON SATURDAY, NOVEMBER 17th, FROM 2 TO 4 PM

A Vancouver-based artist, Jane Bronsch holds Masters Degree in Fine Art. She has been successfully exhibiting her work nationally and has her paintings in many private and corporate collections.
"With my life-long passion for visual arts I have never been too appreciative of talk around it. I am a believer in an non-expert eye. Nothing can teach you to admire, dislike or remain indifferent to what you see. Some history around the piece or the artist could be entertaining at times, but will not help your soul feeling touched by it.
Your eye stopped and the process has begun. The slight impulse pulled out of your memory a similar scene, familiar warmth, a momentary emotion, and you are reliving it again.
That is all I am hoping for. Enjoy if you do. I certainly had while working on it." Jane Bronsch 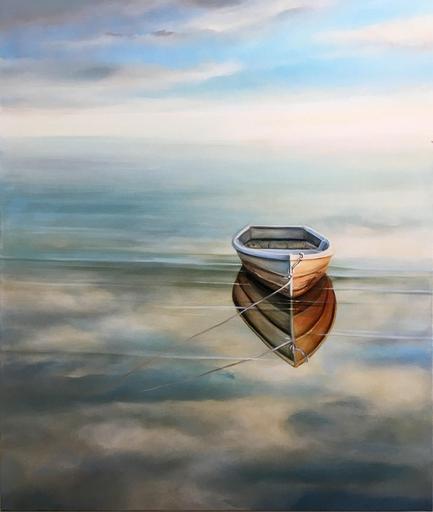 OPENING RECEPTION WITH THE ARTIST IN ATTENDANCE IS ON SATURDAY, OCTOBER 20th, FROM 2 TO 4 PM

Reinhard Skoracki was born in Germany in 1942 and immigrated to Canada in the early 1990's. He studied at the Alberta College of Art And Design and received his BFA from the University of Calgary in 1997.
Reinhard Skoracki exhibits nationally and internationally including the 2015 'NordArt' (Germany), the largest exhibition of contemporary art in Europe, the Toyamura International Sculpture Biennale, the museum of Fine Arts in Ostrava, Czech Republic, the WG Kunst in Amsterdam, the Liu Haisu Art Museum, Shanghai, China.
His work has been published in 'New Art International' (Book Art Press, NY, 1998), 'Artful Jesters' ( Nicholas Roukes, 2003), 'The Sculpture Reference Illustrated' (Arthur Williams, 2005), among many other publications.
Reinhard has completed numerous large scale commissions in the recent years, including an outdoor donor recognition piece for the Royal Alexandra Hospital Foundation in Edmonton, Alberta, a 17 foot tall outdoor sculpture of the University of Calgary, Alberta, and two multi-media installations for the Alberta Investment Management Corporation in Edmonton, Alberta.
"De Docta Ignorantia" is also the title of the philosopher Nikolaus von Kues' main work which translates to "The Taught Lesson of Ignorance", which is a paradox in itself. Relating to my sculptures where many questions are asked but not answered with the underlying provocative thesis that true knowledge abides in the consciousness of ignorance. As Socrates already said:
"I know that I don’t know". And Karl Popper added: "And not even that!".
Art can offer great visual pleasure, combining qualities from reality and imagination, criticism and humour. The artist decides to reform reality from his personal point of view, portraying dreams and conflicts of today's life and culture; an investigation into the human condition as an individual and in larger social structures".
Reinhard Skoracki 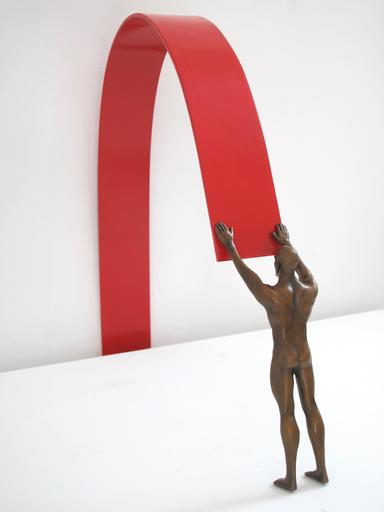 Dolf Vermeulen is a young self-taught photographer residing on the beautiful Sunshine Coast of British Columbia. He has called this place home ever since his family moved to Canada just a year after he was born in England. Dolf has been fortunate to visit and experience 20 countries to date, all of which has left him with valuable insights and memories. Dolf finds it very exciting to shoot different scenes and learn how to highlight the unique characteristics of new environments.
The exhibition will feature Dolf's reflections of Beautiful British Columbia as well as impressions of his travels through Island and Norway. 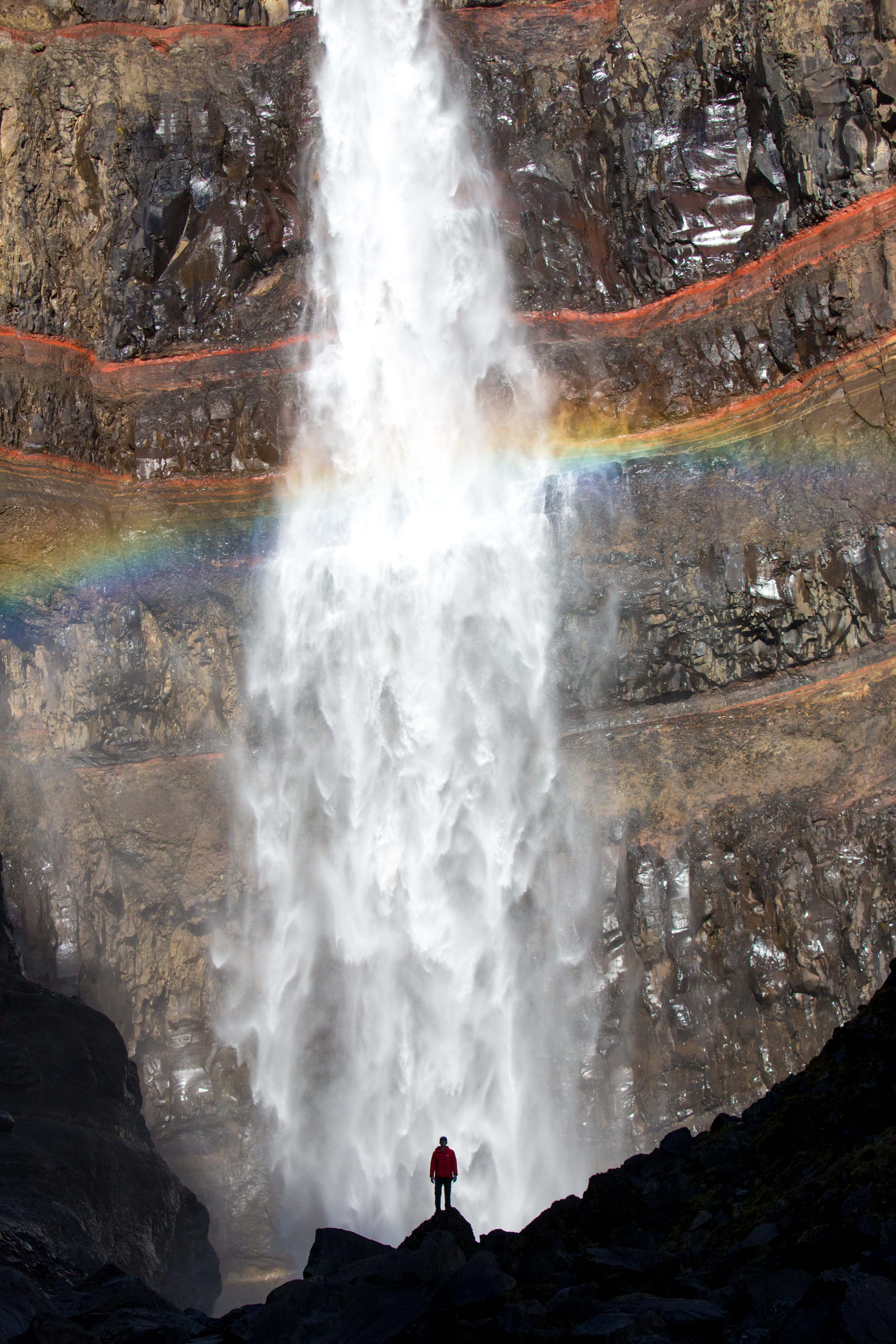